Will the real @czardoz please stand up?

Let’s say that among my esteemed readership is a person named Bill Jones. Mr. Bill probably has one or more email addresses, but with a name as common as his, I highly doubt he managed to snag billjones@gmail.com. He probably didn’t even get billjones@hotmail.com or billjones@yahoo.com. If he were a real tech-savvy old-timer, perhaps he secured billjones@aol.com, I don’t know.

Like Bill, you are probably in the same boat. Unless you have a highly unusual name, nickname, or favorite moniker (or you’re content with using the email address provided by your regional ISP, like Cox, where the naming land grab is much less competitive), your email is probably a messy compromise bespattered with hyphens, periods, underscores, middle initials, the numeral 0 in place of the letter O (sigh), and a birth date or lucky number tacked onto the end.

Perhaps you’ve wondered what these people were like, these usurpers of the name that was rightfully yours. Perhaps you’ve wondered how they were defiling the email address that should have belonged to you. Well, short of writing them and asking, you’ll probably never know the kinds of depraved activities that your name is embroiled in.

Now let’s look at a more contemporary scenario, since email, the original social app, is no longer very social compared to Facebook, Twitter, etc. For example, there can only be one @czardoz on Twitter, and thankfully, that’s me. So imagine my disappointment when I hopped onto the Instagram train and discovered that the name “czardoz” was taken.

Not really a big deal compared to, say, human trafficking, but did it bother me? Yeah, it did. Especially since I am an avid photographer and post on Instagram fairly often, whereas I posted once on Twitter and then promptly forgot about it when neither Milla Jovovich nor Britney Spears offered a response.

But unlike email, each Instagram account comes fully loaded with a public personality that can be stalked. And what I found on faux-czardoz’s Instagram feed . . . I didn’t like it. In fact, it was fairly reprehensible stuff. If you’re the squeamish type, don’t click on the following links:

1) a girl spilling her ample cleavage onto a pool table, graced with the words “Nice Rack”
2) a dog swaddled in a Confederate flag
3) butchered pig parts, including the head
4) some guy brandishing said head in front of his face, as if to announce “I am the pig man.”

I’m not going to delve into this person’s psyche, if only because he seems like the type of bloke who would hunt me with a shotgun as soon as spit on my boots. But to make a long and unfortunate story short, I’m going to plant a warning beacon here to tell everyone that I am not this czardoz. This is the real me: 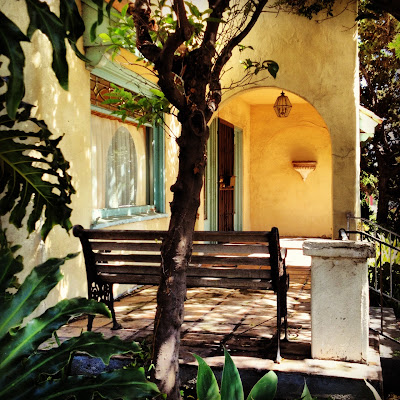 Not only are the pictures offensive, but this whole situation is kind of creepy. You speak of being able to stalk him, but I'm sure it must have occurred to you that he can just as easily stalk you (and probably has!). It's possible he even named himself after you. Would that be flattering?

Anyway, this is why I no longer use "Warzard" as my handle online. Even when I can get it (in which case I WILL take it just to protect it), it's not an option for me to use it in any public sphere. As long as even one other guy with the same name exists on any network of consequence, I can't take the risk that anyone will mistake that guy for me. And so I must use only names that nobody else would want to use. Not because they're bad names, mind you, but because they could not possibly have significance to anyone else.