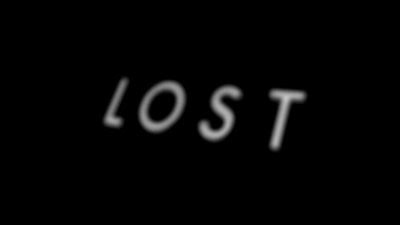 On the contrary, I say that the best way to watch Lost is to begin with Season 2, watching one episode a week (maybe take some extra weeks off at mid-season), and taking several-month breaks between seasons.

In all seriousness, I think I have a special attachment to Season 2, not only because it may have been the best, and not only because it was where I started, but because that was the one year where I actually got to follow it live alongside other real-life viewers (at work).

The workplace conversations never went anywhere intellectually interesting, but merely getting to listen to others genuinely sharing my enthusiasm instilled, let's say, uncommon warm sentiments of the sort that made me feel not alone. Obviously it wasn't something that I absolutely needed, and inevitably some lunkhead would go on about how much they loved Hugo or Charlie, and I would have to distance myself from that. But the good feelings outweighed the mean ones, and overall it did enhance my enjoyment of the show.

Even in later seasons, when watching Lost became mostly a solitary pleasure for me, I sometimes caught myself wondering if some lost connection, some mostly worthless former coworker was watching at the same time, and I would picture their reactions based on how I remembered them. Hmm, a tad pathetic to say so now, and maybe I do speak only for myself.

Also, keep in mind that I didn't "wait six years to see what it all was," but I always looked forward to the next episode. By contrast, I would think that watching many episodes in quick succession would expose a lot more plot holes, because you wouldn't have as much time to forget things alongside the writers. That's something that used to happen a lot when monthly superhero comics were collected into paperback volumes (e.g. Watchmen), and it was also something I noticed when I watched Angel reruns daily on TNT. Seasons 2-4, which were very comparable to Lost in their serialized density (and destiny), were full of plot twists that were, to anyone keeping score, complete nonsense, such that I eventually had to learn to take each episode just in the context of the adjacent episodes before and after. I suspect a marathon viewing of Lost would demand a similar rule. But if it worked for you, then I guess that's all that matters.

Early morning TNT reruns of Angel used to be the only thing getting me out of bed most days. As far as I remember it, my only experience of most of Angel was through watching daily reruns. That was another show that had ended before I committed any significant time to watching it. Unlike Lost, I didn't have any particular feelings about it before I watched it, probably because it was less popular than Lost and left less cyber-litter in its wake.

I think you're right about the plot of both shows; something like a trash bag being stuffed with more and more material, even as holes opened at the bottom, letting stuff leak out all over. I guess with both shows, it didn't hinder my enjoyment.

Ultimately, I like Angel more, and I don't know if it's necessary to get into the reasons why. I'll only point out that there were a lot fewer characters, and I liked all the main protagonists. Death was necessarily rarer on Angel, and when it came, it made a huge impact that Lost never did (and I almost wonder how hard they tried). None of the deaths in Lost comes close in poetry to the death of Fred, and as far as "heroic" deaths, I think Doyle's death in season 1 of Angel is much better than anything they attempted in Lost (Sayid blows up? Come on, that kind of thing happens to schmoes like Arzt and Ilana, not a heavy hitter like Sayid.)

I watched the last four seasons of Angel before ever getting a peek at the first season, and when I finally got a chance to see season 1, I was rather touched by it. I think you'll have the same experience if you go back now and watch season 1 of Lost.

It's interesting what you say about work, because the office is exactly the kind of place where I would hear fawning praise of the show, and have my ignorance greeted with 1) incredulity, 2) elitist self-congratulation, and finally 3) cult-like exclusion. I'm sure not all acolytes would act that way toward infidels, but what do you think the reaction would have been at your workplace if you hadn't watched the show, and then one day as you listened to their conversations, you asked, "So what's so great about Lost?"

It's interesting that neither of your Angel examples is from seasons 2-4. Looking back, as brave an experiment as those middle seasons were, I definitely believe that season 5 was by far the high point. I don't know whether they were going for broke or acceding more to network pressure, but, either way, I think the final season was the show at its best (and Whedon at his). Season 1, meanwhile, was by far the worst, but the Doyle arc was something that perhaps no other show will ever pull off as well.

On workplace infidels, if I had been the one to ask, with my usual sincerity, what Lost was all about, I can well imagine the reaction. First, they would ask, more excited than astonished, "You've never seen it?!" I would answer simply and honestly, "No." Then they would get carried away with this perceived excuse to run through the episode-by-episode entirety of season 1, also inserting their many inaccurate fan theories, spending many words to ultimately say nothing. Then, charmed by their sheer enthusiasm, I would say, "I'll have to check that out sometime." And they would say, "Oh man, you've got to watch it, Henry!" Maybe they would even offer to lend me their VHS tape (which indeed they often had at work, since scheduling prevented them from watching it live).

(Then perhaps I would go home, find that, contrary to what I'd been told, Battlestar Galactica was some kind of nightmare, and I would know to never show an interest again.)

And if they tried to invite me to their weekly BSG fellowship, I would say, not with any sort of pride, "I just don't think it makes any sense for me to be there. But please have a good time."

You think Season 2 of Lost was the best??? Come on, there were like three Mr. Eko episodes! Always Yemi this and Yemi that. That was also the Michelle Rodriguez season. No thanks.

Would you rather go to the BSG thing or the Jesus book club every week?

Thanks as always for making explicit what I was trying to talk around.

And fair enough on the Eko and M-Rod. But Season 2 also had my favorite Clancy Brown lines:

"See that brown stain there? That's Radzinsky. He put a shotgun in his mouth while I was asleep. The bitch of it was I only had 108 minutes to bury the poor bastard."

"Screw the button, man. Who knows if it's even real."

Maybe I was just slow, but when Radzinsky finally showed up in the flesh, I had no idea this was the guy who, so long ago, was referred to as a brown stain. Only when they explicitly made the connection on the show did I realize it. Sometimes, the delays take so long that they no longer gratify.