Who says you have to get inside Comic-Con to have a good time? Here’s what I saw on the outside looking out, walking around in front of the Convention Center and strolling the Gaslamp.
The Milieu 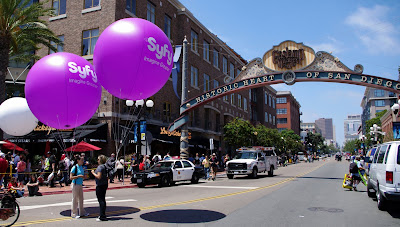 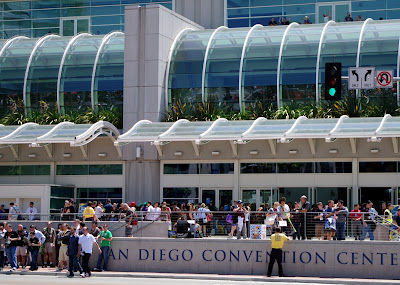 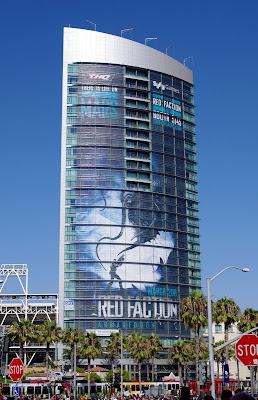 Comic-Con is the one event that makes downtown San Diego feel like the hub of a city that is more than a zoo and some beaches. And somehow, it does this by transforming skyscrapers into gargantuan video game posters.
* * * 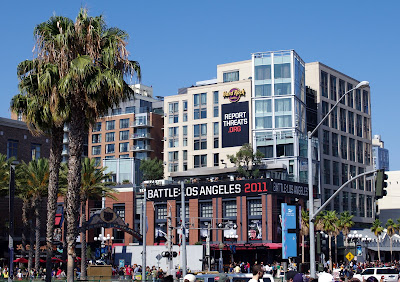 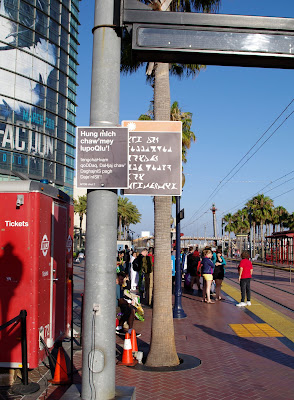 Trolley signs in Klingon = a brilliancy! True or False: Klingons hail from the planet Klingonigon!
* * * 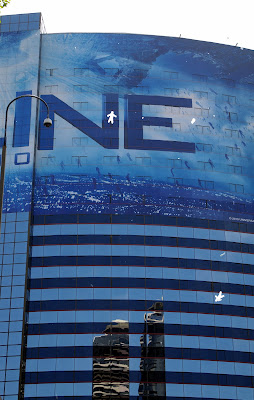 It turns out that Skyline is a movie about people floating up into the sky, hence the little white bubble-men in this frame.
* * * 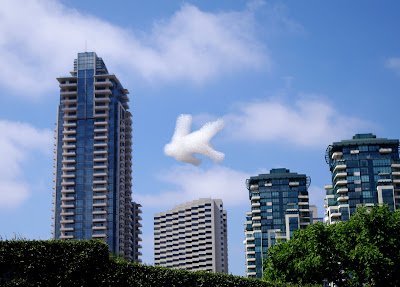 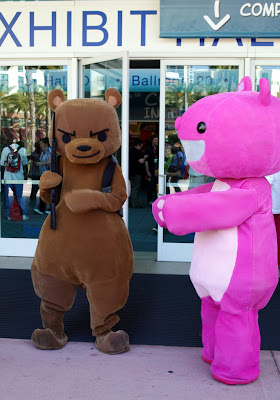 Don’t bears already have enough of an advantage without toting machine-guns as well?
* * * 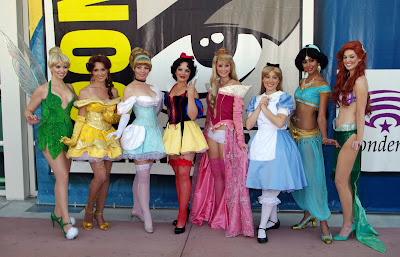 Now hold the phone there, Michael Eisner. Something’s not quite right about these Disney princesses. I mean, come on, where’s Tiana???
* * * 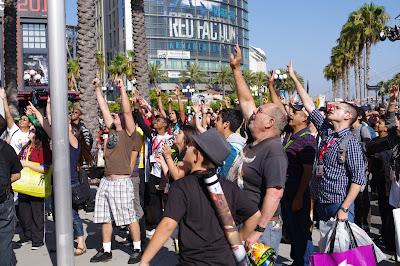 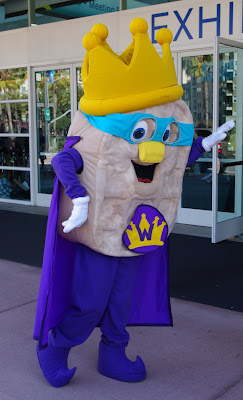 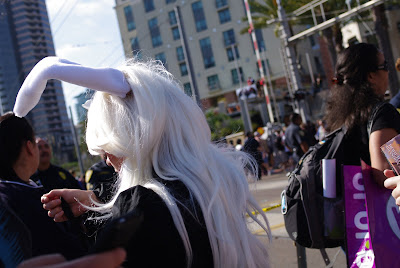 Girl with platinum hair and rabbit ears. Now that’s what I’m talking about!
* * * 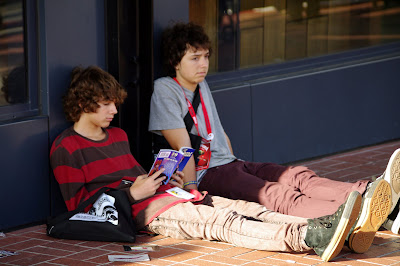 Before all those bad dreams started, Freddy Krueger was just another carefree kid reading Dick Tracy and kicking it with a Milhouse.
* * * 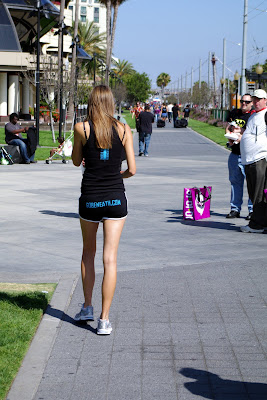 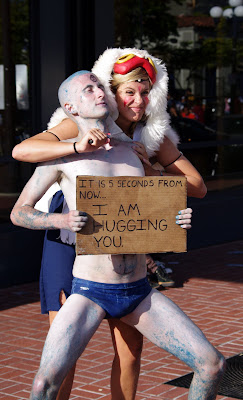 Hahaha, some of you will get this joke. You perverts know who you are.
* * * 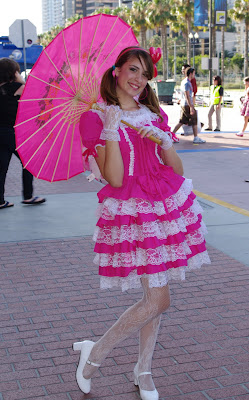 Will someone please give her a cookie, a tiara, and a box full of gold stars?
* * *
Walking among this elbow-to-elbow mess of exuberant humanity, and having cosplayed once myself, I was happy to see how many people had donned costumes (both homemade and store-bought), painted themselves, built accessories, stretched their imaginations to come up with something unfamiliar, and posed proudly for photos.
And then I became convinced of something. These wizards’ robes, metal brassieres, horns, lightsabers, princess gowns, all manner of animal furs – these were not the costumes. These represent something real about what these people care about. No, the costume is that fashion-challenged, mother-approved school attire that these chaperoned kids go back to when Comic-Con ends. The costume is that ill-fitting work shirt and suffocating necktie that the guy in the head-to-toe Vader outfit returns to after he takes his bag of newly bought action figures home.
The costume is that attitude we put on that says we’re okay with the life of workaday monotony, where we have to act like we don’t really know all that much about the things we value most, where we pretend that, yes, those are just little hobbies that we have, those comics, those games, those movie trailers that we wait hungrily for, or maybe it’s music or dancing or poetry or even Latin grammar, mirabile dictu! This is the stuff that makes people distinctive, and it’s the stuff they do when they are being who they want to be.
Posted by Czardoz at 3:33 AM

"having once cosplayed myself"

I attended Anime Expo in LA two years ago, and cosplayed as Indiana Jones. I was missing the whip, but I had a pretty good-looking satchel, and my hat was a head-turner. My fans just couldn't get enough!

"Something’s not quite right about these Disney princesses. I mean, come on, where’s Tiana???"

Hate to say it, but she's probably hanging with Pocahontas and Mulan on the not-for-prime-time roster. Thank goodness for Jasmine!