All about the Bertos

I’ve heard it said that San Diego is a one-horse town. But then the Clippers left, so what are we now?
Now there’s this insidious talk that Comic-Con might be fleeing town for Anaheim or LA or even Vegas. If that happens, well, what is there to do but cry "havoc" and let slip the dogs of war?
At least we’ll always have the taco shops. You’ve probably heard of Roberto’s, the flagship and, apparently, the progenitor of what are known as “the Bertos.” There’s also a longstanding chain called Alberto’s that reportedly was started by the same empire that Roberto’s wrought.
If the saga had ended with these two siblings, this latter day Romulus and Remus, I’m sure the late night enchilada and weekend menudo scene would have still thrived, to the consternation of many a local aorta. However, like Sherman marching through the South, they had scorched a path for many an ambitious imitator to follow, and pretty soon, every Tom, Dick, and Hidalgo was opening a taco shack in the Bertos mold.
And so, in honor of my no-horse hometown and also my beloved Fred (played by Amy Acker) from the TV show Angel, whose love of taco shops is well-documented (albeit Los Angeles joints), I present a family portrait of local Bertos, bastards front and center.
Roberto’s
Kearny Mesa 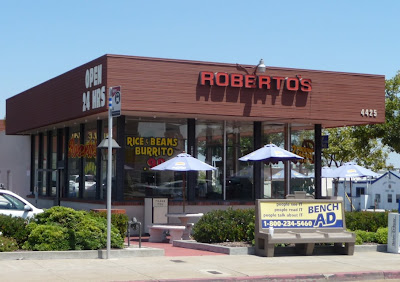 Here it is, the grandpappy of them all. Rubio’s, eat your heart out! (Seriously, though, this food is not good for you.)
Ramberto’s
Spring Valley 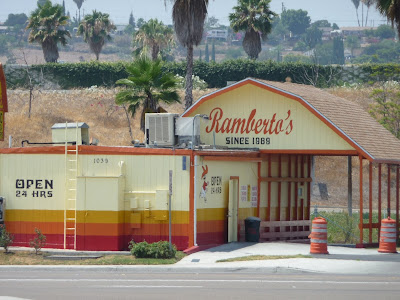 This particularly violent contender has been ramming burritos down your throat since 1989.
Filiberto’s
Encinitas 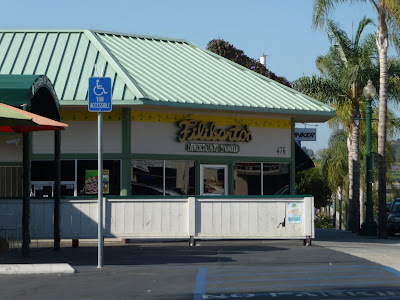 It is said that Filiberto’s is far inferior to the taco shop next door, known by the sexy name of Raul’s. To which I say, “No duh. One is a Berto’s, and the other is a Raul’s.”
Eriberto’s
Oceanside 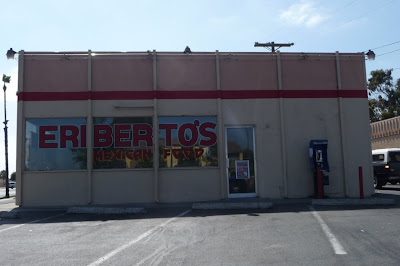 This place is pretty depressing to look at, even by Bertos standards.
Rigoberto’s
North Park 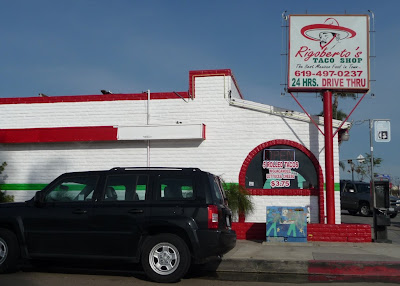 The sign says it all: “The best Mexican food in town.” Rigo, I hoped you’re a damned liar, because if 5 rolled tacos with guac constitutes the best Mex this city has to offer, then we’re in worse shape than I thought.
Rolberto’s
Spring Valley 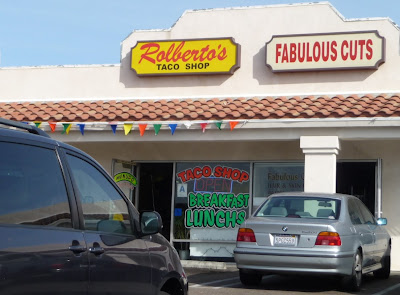 This I don’t get. There’s already a Roberto’s (about a million of them, actually). What on earth is Rolberto’s? To their credit, they offer breakfast and lunchs.
Adalberto’s
Sherman Heights 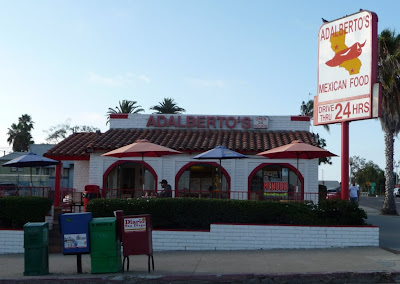 Again, I’m confused. The name "Adalbert" has Germanic origins, and apparently, there was a St. Adalbert of Prague, but what German person evens wants this obscure name? So how is it that a completely separate culture would want it?
Gualberto’s
Kearny Mesa 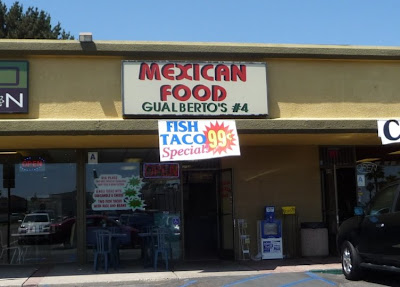 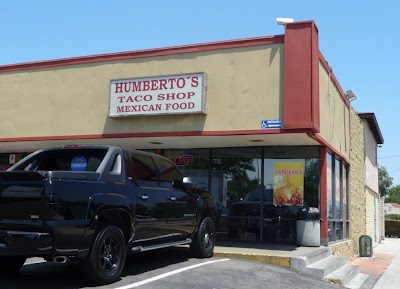 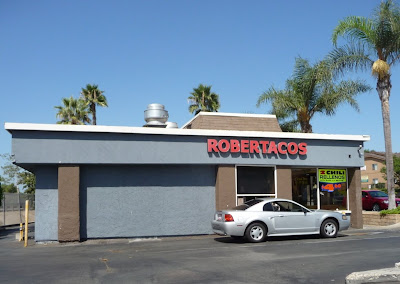 One last entry. This is not an official Berto’s, but I’ve included it for sentimental reasons.
Notes
1. This is not a comprehensive list; for something like that, see here.
2. Though I took all of the accompanying photos, I did not make any special trips to get them. Such is the ubiquity of the Bertos name that I was able to get all of these pictures while in the course of other pursuits.
3. In case anyone is wondering, no, heavens no, I haven’t eaten at any of these establishments. I should note, however, that once, after having a glass of wine with a young lady, she informed me that we had strolled over to Humberto’s, and I had behaved boorishly toward some hipster lad. I immediately declared that I had no memory of any such interaction, and to this day, I deny everything.
Posted by Czardoz at 10:55 PM

Beautifully done, as per usual. I was pleased to see that you included Filiberto's, which I frequented while working down the street. However, I am terribly disappointed to find that you've never actually eaten at any of these places. Honestly, how is that possible? I definitely believe the boorish hipster story.

Let's break the spell and hit up Gualberto's PDQ. As a rule, I always choose the place with the silliest name.

Evan and his roommate once kept a long list of the gnarliest and most offensive eateries in San Diego and braved each one in an attempt to prove who had the stronger stomach. Definitely the work of college boys, though I had plenty of suggestions for them.

Oh crap, it gets worse!

The redesign is a winner, by the way, just barely fitting on the non-widescreen monitor. But I do miss the Creap picture.

The Creap picture has gone on tour, but it will return home in good time.