For being such a well-known place and such an old city (by American standards), St. Louis is actually a relatively small city.  St. Louis is home to Anheuser-Busch of Budweiser fame; it hosted, in the same year, a World’s Fair and an Olympic Games (1904 – the first Olympics in the United States); the Cardinals are a storied baseball team.  Most of us are familiar with Charles Lindbergh’s Spirit of St. Louis and the film Meet Me in St. Louis.  St. Louis has most of the things that seem to characterize a cosmopolitan city: museums, trendy restaurants, nightlife, a large urban park, a symphony orchestra, a passable light rail system, an international airport, a well regarded research university, three major sports teams, and at least one iconic feature: the Gateway Arch.  Yet as I drove around town on a recent visit, seeing various neighborhoods, and trying to figure out what made this place special, it was hard to escape the feeling that there wasn’t much going on.  It felt like a smaller version of a city like Chicago, or even San Diego.  It was sort of a Portland of the Midwest, though less hipsterific.  But it’s hard to distinguish yourself by being a smaller version of something else.  As Emerson wrote in the Divinity School Address,

Imitation cannot go above its model.  The imitator dooms himself to hopeless mediocrity.  The inventor did it, because it was natural to him, and so in him it has a charm.  In the imitator, something else is natural, and he bereaves himself of his own beauty, to come short of another man’s. 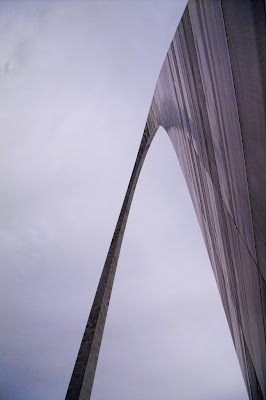 Gateway Arch, designed by Eero Saarinen.  The one thing everyone knows about St. Louis, this symbol is ubiquitous in the city, found in souvenir photos and knickknacks, integrated into logos, and even used as a replacement for the “N” in some signs. 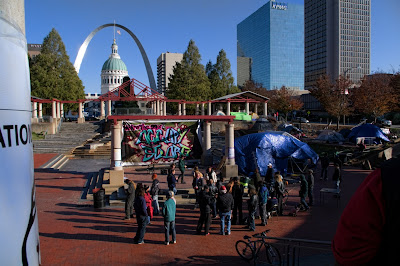 A placid scene from the Occupy St. Louis presence downtown, in the shadow of the Arch and the Old Courthouse. 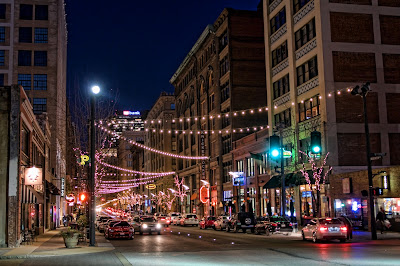 Washington Avenue with the lights on.  The locus of nightlife downtown. 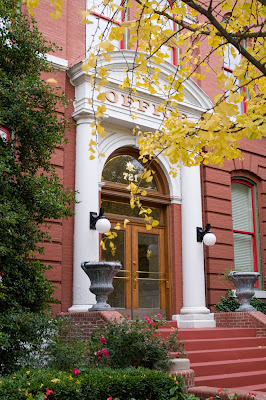 The original office building at the Anheuser-Busch brewery.  I’ll never forget the smell that saturated the air around the complex, richly earthy and almost appetizing.  Malted barley, maybe?  Yeast?  I don’t know, but I like it. 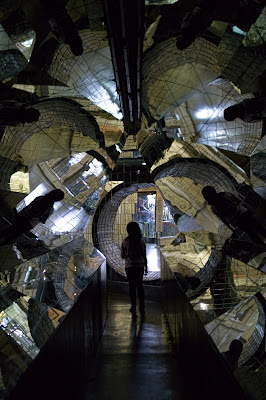 Inside the City Museum, something like a funhouse crossed with a wrecking yard, but nothing like a museum. 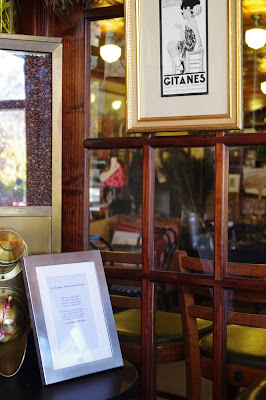 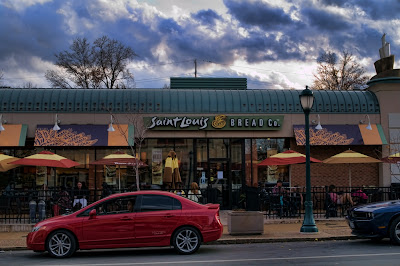 What we know as Panera Bread actually started in St. Louis under a more local moniker.  (No, I didn’t go inside for a snack, although on my first visit to St. Louis, some seven years ago, I did go to this very one, and thought, "This food is good.  They should really expand nationally."  I guess they went with that.) 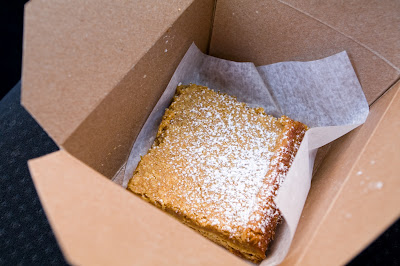 I found religion when I tried the gooey butter cake, one of the triumvirate of uniquely St. Louis delicacies (the other two being toasted ravioli and St. Louis-style pizza).  It tasted like a moist brownie, but not chocolate.  Or something like the widely available raspberry bars or toffee almond bars, but . . . gooey-er.  Like manna, my friends.  I'm talkin' Old Testament. 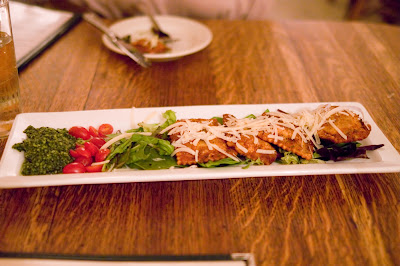 Toasted ravioli.  I felt very much that this is the right way to prepare ravioli.  I don’t dislike your typical boiled ravioli with sauce, but I don’t think I’ve ever thought to myself, “I really have a hankering for some ravioli today!”  And I’ve always thought it kind of silly when upscale restaurants have some version of ravioli on the entrée menu, whether something exotic like rabbit or elk (no matter how outlandish the animal, you never get any discernable flavor from the ground meat paste that goes inside the dough), or a token vegetarian option.  But when I tried the toasted ravioli, I thought, “Yes, this is something I could find myself craving.”  Perhaps, alongside the Arch, the home-grown cuisine can truly be considered the pride of St. Louis.

St. Louis compares favorably with another medium-sized Midwestern city I’ve visited: Cleveland.  That probably doesn’t sound like a recommendation, but both of these cities have beauty to find, and I’ve enjoyed my chances to visit less obviously enchanting places.  When you go to New York, if you’re a certain sort of savvy traveler, you try to look for “off the beaten path” attractions and “neighborhood joints,” and you marvel at your good luck and ingenuity when you capture a taste of what the “locals” do, as opposed to getting mired in tourist traps.  But when you visit a place like St. Louis, it’s pretty much all “off the beaten path,” and it allows you to appreciate discovering a place without the mist of preconception between you and it.

My only regret upon leaving the Gateway City was that I didn’t try the St. Louis-style pizza, which is distinguished by the thin and crispy crust and the trademarked Provel cheese, a kind of processed cheese that I have heard will “stick to your mouth” and is “kind of gross.”  Apparently, this oddity can only be found in St. Louis and the environs, and the locals seem to either love it or hate it.  Maybe some even love to hate it, which is as strong a recommendation as I can think of for trying it.
Next time, St. Lou.  Next time . . .
Posted by Czardoz at 11:22 PM